“When are you guys planning on telling me the truth”, I asked when me, Pooja and Ajay were alone. Ajay had been home for 2 days now but I never got an opportunity to ask him what’s going on between him and Poo. We were surrounded by relatives who were here expecting gifts and few left disappointed. Other wise dad and Kaushik were around. I dint want to ask them in front of him.

“The truth that you and Poo are seeing each other since 4 years”, I yelled. Their jaws dropped but I dint care. I was furious at them both. When I was with Prakash I told them about him in 2 days and they hid this from me for 4 years. “I am sick of waiting for either one of you to tell me. You just go on lying and think that I am a baby and don’t understand what’s going on. You guys…”

“Sshh! Nupur calm down”, Ajay finally said stopping me. He walked towards me and gave me a hug. I pushed him away and crossed my hands and waited for him to say something.

“I told you to tell her”, Poo finally said recovering from what ever she was feeling.

“I know.” “Nupur”, he said turning towards me. “We wanted to tell you Nupur. Infact me and Pooja had many fights over this issue. Every time I stopped her from telling you cause I wanted to tell you in person rather than on phone. We had decided to tell you but we were never alone. I want to talk to dad too about this and I will need your help. You will help me right?” he said giving me his smile.

Damn him! He knew my weakness so well and played on it. He knew that I can’t say No to him any time and I could feel the anger going down in me and excitement filling in.

“You gonna tell dad?” I said forgetting completing how mad I was. My temper was as short living as a bubble.

“Yeah. We want to tell them. I can’t stay any longer without her”, Ajay said winking at Poo. I rolled my eyes and looked at Pooja. She gave me a half smile which said sorry.

“It’s ok Poo. I don’t blame you. I am mad at him”. I gave Ajay and angry look and he knew that he had to shut up or bear my brunt.

“I am sorry Nupur. But I will need your support desperately now. I am shit scared about telling my parents. I really don’t know how they will react”.

“I will be there Pooja. Don’t worry. Things will work out”, I assured her. Why wouldn’t her parents agree? Where will they ever find a guy better than my bro. My dad will for sure agree and will be happy as he always wished that Poo would be his bahu secretly. So I knew things will work out for them. I wished things were so easy for everyone.

“You still dint unpack”? Dad asked as he entered the room. We were so involved in our conversation we hadn’t even noticed him. I was excited to know everything. How it started? Who proposed and every tiny detail. Pooja was as enthusiastic as me but Ajay played a spoil sport. He hated all girls talk and was very practical. I really wonder how did a dreamer like Pooja fall for Ajay? May be its true, opposites do attract.

“Almost done, it would have been much easier if I had done it alone. Girls slow up the process”, Ajay said looking at us.

“Yeah right! You know we would have been done by now if you had bothered to help”.

“Shall I help?” Kaushik asked.

“No thank you”, I said pretty rudely. I looked up and everyone was staring at me. “I mean we are almost done and you have your bags for unpacking”, i said giving him a fake smile.

“Actually I am done with that already”, he said with a smile of accomplishment on his face.

“I had to. Have to go to office from tomorrow even though I hate it”.

I had completely forgotten that he was here because he was tranfered from. May be they could not stand him too. I hated this guy. I hated seeing him staying there all happy when he was reason I was unhappy. I hated being around him. Thankfully atleast when we are in office I won’t have him around. Office all of a sudden was my happy place.

“Do you know a new team lead is joining us today”, Shreya said I was settling in my cubicle.

“What happened to K?” I asked shocked and concerned.

“He is fine chillax. You know his mum isn’t keeping well, so he has applied for a transfer to Bangalore which has been granted. So he is shifting with his family tonight.”

“Tonight? That’s too soon. He dint even tell us”.

“Check your mail. He has sent everyone in our team a personal mail”, she said and got to read her mail.

She was right. I had a mail.

I am really sorry for doing it this way. I know right now you must be furious with me for not even saying a proper good bye. I dint have the guts to. You guys are like… well you guys are my family. This is already very tough and telling you guys a personal good bye would have made it tougher for me. You know that out of all you’re the most special person. You were will and always remain my favorite sister. I will mail you again. I have 9 more guys to mail to. You are the 1st I am mailing. Neeru says she will miss you and asks you to visit us in Bangalore once atleast. Will miss you Nupur.

That was Mr. K… I mean Krishna Murthy for you. The sweetest and best person I ever came across. He was the person who held the whole group together. I had tears in my eyes as I was mailing him back. I would miss him dearly. Who ever this new guy was had very huge shoes to fit, which I knew he would not for sure. 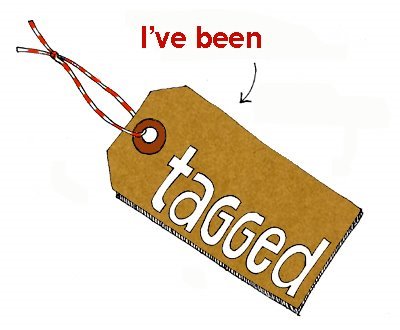