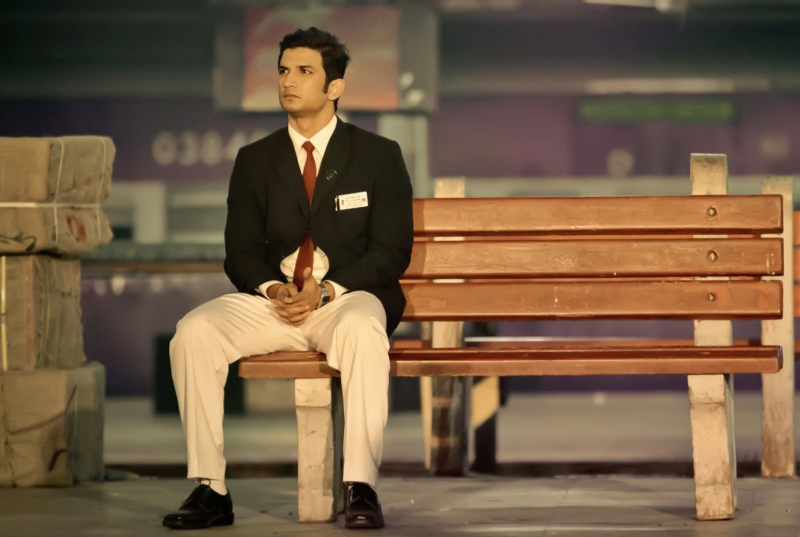 A movie about Dhoni, starring Sushant Singh Rajput! How could I not watch it?

Excitement and expectations running through every vein in our bodies I and husband walked in to the movie theater on Sunday night. We wanted to get to know the man who was instrumental in India winning the World Cup after 28 long years and also learn how a small town boy Mahi became DHONI. Did we get to know the man behind the scenes? Yes… in a way. Did we walk out with new found love and respect for Dhoni… no not really.

I really pity Sushant Singh Rajput… I do. The moment we walked out of the theater I and my husband felt the same ‘Sushant was brilliant in the movie. Second half was a bore and movie was 30 minutes too long’. This is what we had exactly felt after watching Sushant’s last movie Byomkesh Bakshi. Sushant is an excellent actor. He is an excellent actor is unfortunately let down by the script.

He lives and plays the role of a lifetime with no faults. He mimicked every mannerism of Dhoni to point and it wasn’t difficult to see Dhoni in Sushant. He portrays the varied emotions Dhoni went through impeccably. He didn’t need dialogues to convey varied emotions Dhoni went through… his facial expressions were enough. In simple words he was the biggest saving grace of the second half and the only reason I sat through it.

But before the second half, the movie was perfect. We get to see important and instrumental moments in life of Dhoni. We meet people who have helped Dhoni achieve his dreams and stood by him in his highs and lows. We are introduced to endearing family dynamics and his close knit and loving family. We meet his friends who stood by him and supported him through out his struggle. We learn that Dhoni’s iconic helicopter shot is not his creation but his friend’s. We see Dhoni’s resolve, drive to become something more than just a TC at a railway station, his frustration of not heading further than the Ranji trophy. This story engages you and encapsulates Dhoni’s life effortlessly. This is the reason I think the first half is worthy of five star rating.

It’s in the second half that the movie goes down-hill. It becomes your typical Bollywood movie filled with gooey eyed romance and songs. It showcases Dhoni as a flawless hero who can do no wrong, which we all know is not true. It glosses over the controversies that popped up during Dhoni’s tenure as a captain. It fails to give us an insight into the team dynamics of Indian Cricket team or show Dhoni’s relationship with his teammates. Instead of showing how Dhoni dealt with the new found fame or talk about Dhoni’s difficulties with the Captaincy or showing the repercussion of few Dhoni’s decisions like dropping the big three, the movie concentrates on Dhoni’s love life and his two girls. The movie also in a way ignores the contribution made by his teammates that helped him lift the cup. We all know Dhoni hit the winning runs but Gambhir’s innings in the final were no less important and all Cricket fans know that Yuvraj Singh was one the main reasons that India even reached the final. I get that it’s a movie about Dhoni and the makers had to glorify him but acknowledging other players would have been good. Showing how Dhoni led his team to win the World Cup, his strategies and his planning would have made this movie phenomenal and one of the best of the year.

Saying that I have to admit that the movie isn’t bad… its enjoyable and Dhoni’s fans will definitely like it (like me). But the first half sets your expectations so great that the second half fails to live up to them. The movie that could have been great just ends up being good.